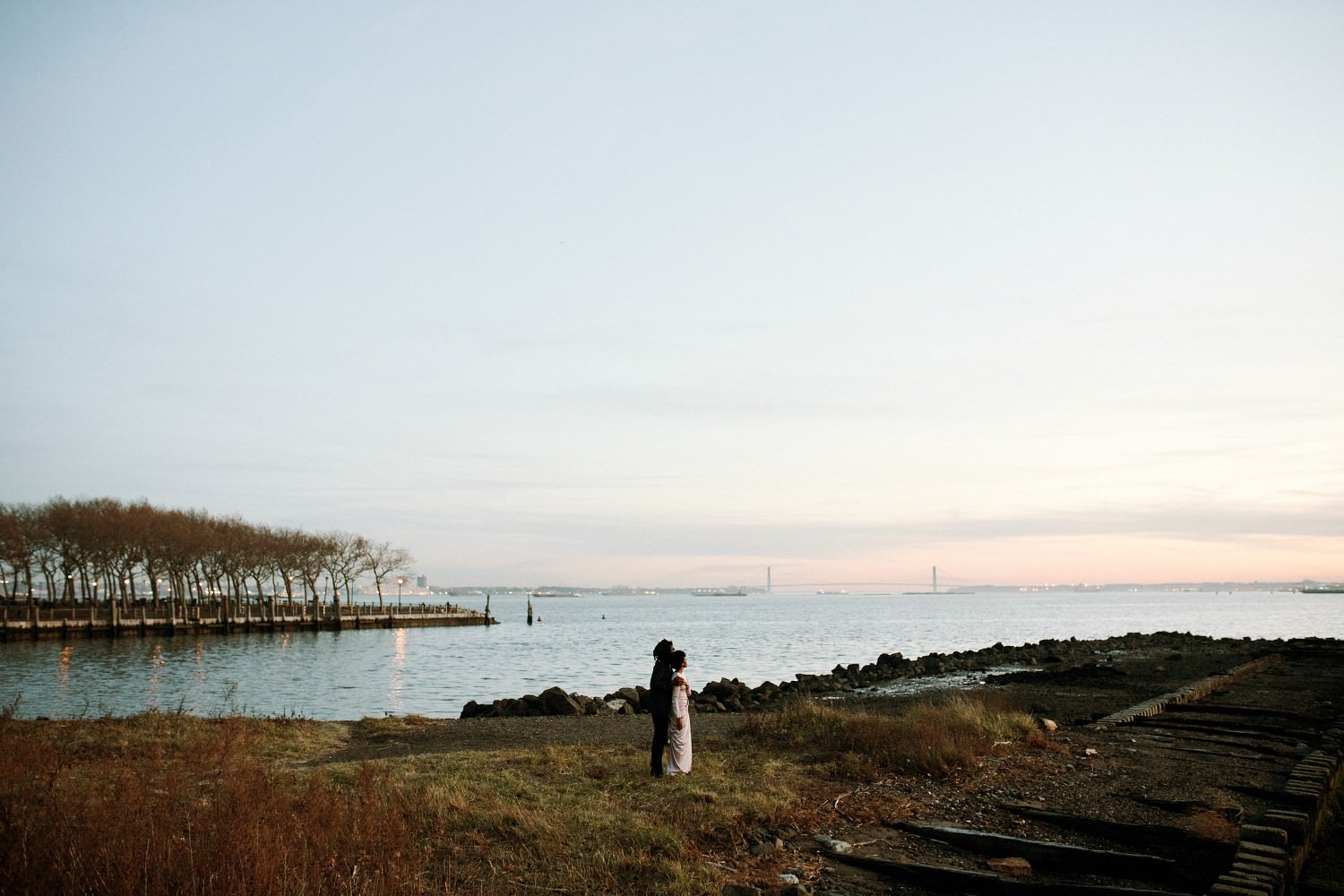 Sunset at Liberty State Park, Jersey City. Almost as if signaling the change in seasons a flock of wild geese flew over us – Southbound towards their home for the new season to come. Tara and Dwayne’s engagement session in Jersey City was one that for me beats close to my heart. The twenty five or so odd years as a member of this community makes a location such as Liberty State Park incredibly precious. A bit of nostalgia hit me as I photographed this engagement session.

In the end, there’s something special about how a place occupies a space in our own story, and how that significance changes as we change do.

Liberty State Park is a stone’s throw away from where Dwayne and I went to school. Along the Hudson River, the park itself is right along the Liberty House where my wife and I got married. It’s got an iconic view of both the Statue of Liberty and the Financial District and Freedom Tower. Ferries jet back and forth shuttling commuters in an out of Lower Manhattan and Jersey City. The park cuts into and out of the river and is a bustling place- which is what makes this part of the part so unique. A little patch of grass, moss and rock where we could find a bit of quiet and solace amidst urban New York and New Jersey.

In New Jersey, fall lasts the standard three months, but many times the feeling of autumn is fleeting. Quickly, the cold comes to prime us for the long winters of the Northeast. As the light cut from under us we were left with only a few minutes to savor the warmth of sun and the coolness of blue hour moments after.

On this particular afternoon, we headed out from the Journal Square area down towards Liberty State Park. It was close to sunset and we were chasing the light. Stoplights flashed red and green and the Light Rail zipped by on queue in typical Jersey City fashion. We arrived as the park was emptying. Couples walking back to their cars as the sun slowly tucked away behind the ports. The air was cold and wet and we moved toward the light to catch the bit of sun left in the day. Over the rocks the tide seeped in slowly and we explored what used to be loading docks and for the rail lines nearby. A rock pier juts out of the shoreline just enough for good view of the sunset- that’s where we chose to spend our final moments of daylight.

A few minutes and gold turned to red, to pink, purple and blue. And we left happily- back into the fray of our good old Jersey City.

For Tara and Dwayne.